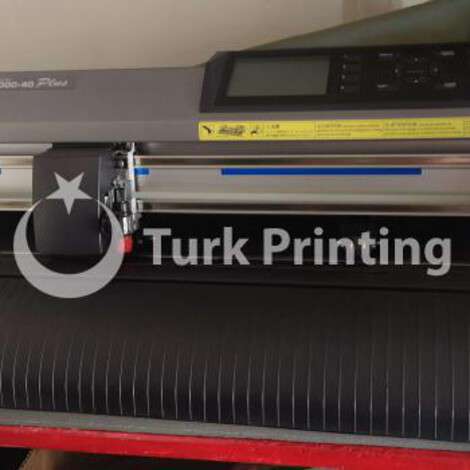 I bought it from the Fair 2 years ago. I've never used. Zero. I Opened the Box. I tried to use it but could not learn. The company asked 1000 TL for 1 day training. I am very angry. I realized that I could not learn it myself. I put it on the shelf and covered it with a cover. I have not used it except for a few hours of trial. When I first bought the original MACI knife, I paid the difference and turned it into a RED knife. My goal is the Magnet cut. However, I got it wrong. He breaks down the magnet. It cuts one by one, but when it cuts side by side, it breaks the magnet. I realized that I made the wrong investment because I could not use it in production and learn. Although I postponed it one day to learn, I could not find the time or a teacher. Original VERY SENSITIVE and HIGH QUALITY. You can get 9179 TL in advance or 5000 TL in advance, the remainder in 1000x4 total 9500 TL with a credit card withdrawal. It has the original licensed software and password and additional apparatus such as pen, lens pad and invoice. I bought it 2 years and 2 months ago. I sell it for the need of money. Alan prays a lot. At least 2-3000 TL advantageous. It is actually a ZERO product with an expired warranty period, not second hand.